For anything related to the Goblin's Community beyond the forum, or for anything that does not fit elsewhere. Newcomers should introduce themselves here.
Post Reply
216 posts

Genius Supreme wrote:Okay, my name is kind of an inside joke amongst my friend group.

It came from noticing that often the more villains announce and insist that they are "a genius", the more *horribly incompetent and stupid* they tend to be. If any of you have seen Fist of the North Star, the character "Amiba" was the original person that spawned this. He constantly announced he was a genius and that "geniuses should be able to do whatever they want!" and he bragged that he used his genius to master the main characters' super special martial better than anyone. ...then when using said martial art he accidentally blew off his own hands in an almost slapstick fashion.

We joked about this so much that "genius" became synonymous with "incompetent moron" to us. So Genius Supreme is an inside joke for - basically - "biggest moron". 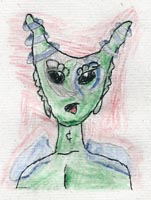 My username stems from an order of elven nights known as the Knights of The Eternal Sleep. In my world (Henceforth called Teros) The elven home lands known as Goloria discovered a way to make weapons Intelligent, the one down side was that the weapons could only be bestowed with a sleeping affect. The king found out about these and formed an elite guard. The commoners of Goloria all refer to The Knights of the Eternal Sleep as Nighty Knights due to the powers of the blades they posses.
Don't let the Kliks bite
Top 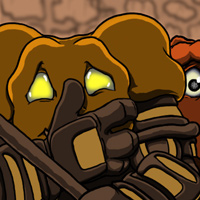 Mine here is just a goblin-name i came up with for this forum. And then later changed a bit because the first one was kinda pejorative and made me uncomfortable.
I don't actually go by SpeaksManyLanguages anywhere else. But I like being called Speaks or SML here (although there is at least one other forum member, whose handle starts with Speaks, so that's a possible confusion). Or you can use DukeBG (I guess "Duke" would be confusion too because of Duke Igthorn).
As for what languages i do speak, they are: russian, ukrainian, english and german. I'ld wish I had infinite time to learn some more (like italian, spanish, czech and japanese. but not french. i don't like french. and polish), but i doubt that would happen.
FMK realities list
Top

You already have an impressive variety.
My five languages have more in common than your four: English, German, French, Dutch, and of course Gibberish. (possibly Pascal, C++, L334, basic, ... if you want to count that separately from Gibberish)
Goblinscomic transcriptions
Collection of G:AR cards
Top

Mine is the one I use just about everywhere, nowadays.

The actual origin was because there are rules and regulations to necromancy, damn it, and you should not attempt to raise the dead without a proper understanding of what happens when you do so. We can see the importance of this because there is a trope named Came Back Wrong. So someone who takes a scientific approach to restoring and manipulating life would or could be called a biorenewologist.

TL;DR: I'm a dweeb and while I make stupid mistakes, the zombie apocalypse will not be one of them.
Top

I'm mostly a very happy person, so the happy part comes from that

A cat dragon is a type of chimera just very simple. instead of multiple animals plus dragon in one a catdragon has the head paws and tail of a cat but the scales horns of a dragon.
Torso and limbs are of a cat but with scales instead of furr.

Cat dragons can speak woth cat and dragon language also we can spit fire and love to lie in the sun.

We also purr like cats and have a cat tongue instead of a snacke tongue.

I came up with the concept because i wondered why only big animals are depicted as being half dragon (dragon tiger, dragon turtle, dragon phenix....)
So i thought why not dragon mice, drogon cats etc.

Can I pet the new cat here?
Or will the dragon part roast me?
Goblinscomic transcriptions
Collection of G:AR cards
Top

So if you befriend me I might just behave like a cat, but if you annoy me you won't just leave with scratchmarks

Years ago. Many many years ago i was riding along a back road with a girl I liked and her friend. It was the middle of winter and we hit an Ice patch. The car spun and did a complete 360 without even touching the grass on the side of the road. For a long time my friends joked about it by calling me 360.
Later I got into an argument with the same girl I liked during a group chat that included her the same friend from the 360 incident a various other friends. She was mad because of my habit of defending others I saw being hurt physically, emotionally, etc. These people tended to include other girls. She told me I needed to quite trying to be everyone's g-damn Knight In Shinning Armor. So from that point I had friends either jokingly call me either 360 or KISA.
When I started to get online I just combined them to get kisa360. Not very exciting I know but I did end up marrying one of the girls from the car.
Top

Life is a rollercoaster, and you're wearing it as a name.

Welcome is not the right word, as you're here since 1,5 years already, but I like the name, especially now that I know how it came to be.
Good choice.
Goblinscomic transcriptions
Collection of G:AR cards
Top

what a cool name

Funny you should mention people adding numbers just because. That is actually how it started My name is very common and I would always have to add numbers in order to use it. I got tired of that quickly and settled on kisa. When some sites said it was too short I added the 360 and stuck with it ever since. Now some sites are saying it is too short so I am having to either add my initials or use knight360.
Top

Huh, I didn't know that there are sites that demand a username of more than 7 characters, my real name doesn't even have 7 characters hahaha

anyway i find it more interesting than 1, 2, 1990 or 18 or whatever people put behind their names!
Top

It means 'able to bite' in Japanese.

I couldn't NOT use 'Kameru' after I found this out.
Top

Heh, that's a nice name.
Welcome, and may your ability to bite stay with you for a long time.
Goblinscomic transcriptions
Collection of G:AR cards
Top

A few years ago I was trying to come up with a username for a game website. I couldn't think of anything, so I tried to go by MemyselfandI, but that was taken. I eventually decided on Meepirsun, because I suck at spelling and this reflects that (yes, it was intentional). That has been my username for most games I've played, but I decided to take pity on anyone here who cares about spelling, so now I'm Justme.
Top

Hello My Name is Danny Welcome, and may your ability to bite stay with you for a long time.
Top

For me, the 22 in combination with 24 reappeared very often in my life.
So I get you adding "17"...
Goblinscomic transcriptions
Collection of G:AR cards
Top

I like birds and bright colors. It's not complicated.
Top

Faceless was part of my anonymous email, facelesspartofthecrowd - where I could talk with people without them knowing who I was. Since the net is basically full anonymous anyways, I was enjoying it.

As you can see by my stats I've been a long time member, but I don't come to the forums all that often.

My Username dates back to the original Sci-Fi channel forums, during the first season of Battlestar Galactica. We were having so many discussions about where we thought the series was going, and how it was going to get there, that one night, quite drunk, I decided to rename myself, and Hypothetical was born. Since then I have been Hypothetical on every forum I've joined where someone else hadn't already taken it. If you see the name Hypothetical with this Avatar ( except on the OOTS forum, where I use a custom made Stick Avatar of one of my old D&D characters) you're talking to me.
I think I may be thinking, therefore I may possibly be being.
Top
Post Reply
216 posts