For anything related to the Goblin's Community beyond the forum, or for anything that does not fit elsewhere. Newcomers should introduce themselves here.
Post Reply
83 posts 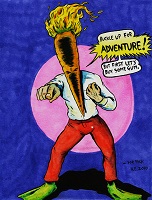 I knew it was a place!

Pet whisperer sounds go to me, or maybe Master at Cat.

EDIT: I hadn't noticed my title had changed! THIS IS SO COOL! Thank you everybody!

Congratulations, Carrot! I think we can say that you've really earned it.
Top

That was changed sometime yesterday morning.
"This is my therapy dragon, she's for my panic attacks. I attack, everyone panics." (Quote found on http://outofcontextdnd.tumblr.com/) 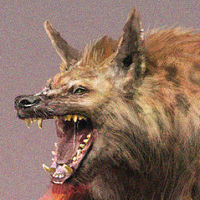 Lurks_In_Shadows wrote:we want to reward those who significantly contribute to the forum.

And my Civilizations don't count?

yes I'm grasping at straws... or savannah grass as the case may be...


Quarg wrote:Thinks should be the Professor...but not until after Dec 2 when she does her defense...

Agreed. You give off that preacher vibe. Maybe Paladin Preacher?


LAYF wrote:am I to late for this??


CooksACarrot wrote:Calvin was a huge part of my childhood, but I really want to hear this hyena story...

He's referring to me. Have bad asthma, no medication. I'm staying with one of his brothers right now, and he owns two cats and a rabbit. The room we picked was the cats' lair for untold centuries. You do the math. One trip to the hospital later when a mega attack happened (in which I passed out on the way to the hospital and had a weeklong stay in which they kept me an extra day or two because they thought I was a threat to myself, where Lurks and others' chatter here in the forums kept me focused and sane) and... yeah. It was NOT a fun week.
Discord: https://discord.gg/umMNJuH
Steam: http://steamcommunity.com/id/Capricornian/
D&D world: https://app.roll20.net/join/5699401/w_zP7A

How could hospital ever be? (except if you're named "Bolle"'...)

You did well to keep yourself together.
Goblinscomic transcriptions
Collection of G:AR cards
Top

That was changed sometime yesterday morning.

I put most of my points into Search

What, and loosing my title as transcriptor?
Nah.....

It's just me hiding my efforts to boost my post count. ;)