waiting on a few actions still. Do you guys want to vote for kin.
Games I'm running:
The Wandering Archipelago (D&D 5e)
Top

Actually, I'd like Kin to try and get some mushroom glue onto the leaf bowl in order to make it waterproof. Get the goo where it's leaky and let it "flow" around, creating a thin film of glue, then let it harden. Use the fresh mushroom from above to get the goo and duck back into the exit to spread it.
If it goes pear shaped, rather discard the leaf (I can get a new one easily) than getting Kin's hands (or other items) sticky.
The winds of change are blowing, and if I may say so myself: it's about bloody time!

Shackled considers putting on the kilt, but since the tieflings were wearing them, it will likely help insure that they obey so he refrains from putting it on. He'll the big axe and try to hack off the lock or hinges of the chest to open it.
Games I'm in
► Show Spoiler
The island as Shackled by many
The goblin adventure league as Steals the tequilla (Free for all to join and wait for a quest/game)
PTU trinity isle as Drake the researcher of pokemon and the occult
Lair of the mountain king as Wakes in mountains
I'm a GM for Shipwrecked
And the Shipwrecked OOC thread
Top

Silver sits down and starts reading the diary. It starts out mostly filled with rather dull complaints about "frontier life" and tedious details about the running of the mine. After a few weeks of entries, there is a break for a few days and then it gets a bit more interesting.

► Show Spoiler
DAY 86: Endeavour might be saved! Team 7 dug through ceiling of ruined chamber three days ago. Assume burial chamber. Fitting, since we lost 6 to find. Lucky though, only slaves. Have sent more to excavate.
DAY 87: Excavation slow. Door resisting entry. Suspect magic.
DAY 88: 2 slaves sick. Strange plants growing fast in our tunnels. Work is slowing as we try to keep passages clear.
DAY 90: Sickness spreading. Workers superstitious.
DAY 93: Bastards have fled. Left me in here with sick slaves. Must find own way into tomb.
DAY 95: Slaves all dead. Plants feeding on corpses. Avoid eating. Have cough and rising temperature. Cowards took medicine.
DAY 97: Mine sealed from outside. No matter. Will continue alone.
DAY 102: Progress slow. Plants growing aggressively. Certain I saw slaves in lower levels, but impossible. Must be dead now. Definitely sick. Need rest.
DAY 104: Saw slave in mine tunnel! Must be fever. Rest will help
As she reads, she catches a movement from the window out of the corner of her eye, but when she turns to look there's nothing there...

Treasures comes out of hiding in the cart and strikes a warrior pose! He then musters all his illusion powers to create the image of a giant orc standing guard at the entrance. With a bit of concentration, he is able to make it move when he moves, like a puppet (but not on its own yet).

Shackled quickly realises that the greataxe is far too big for him to lift and wield by himself, so he drags the chest over to the axe and lifts the axe above it and lets it drop. It takes a couple of tries, but he manages to break the lid without losing any toes! A sudden squawk from above reminds him that the birds were coming...

Looking up, both he and Treasures are horrified to see the strange formation of crows hovering above them in the same shape of a circle with the largest bird in the centre. The central bird is huge and unnatural with ragged wings and burning red eyes. The goblins both have the sudden, desperate desire to flee...

Kin cautiously holds out her leaf-bowl and catches the edge of a glue-spurt from the mushroom above. She doesn't get more than needed for a very thin coating, but she also doesn't glue it to her hand so that's probably a win. She lets the goop swirl around the leaves a bit until most of the inside is coated in the sticky glue and she smiles at a job well done. A squawk from immediately outside startles her back to concern... "I'm glad you are able to heal yourself! May I ask you something else? You know though images I sent with the twisted, corrupted trees and dryads? Those were real and I wonder if you know a way I could help cleanse the evil from them?"
THAT IS NO EVIL, IT IS A NECESSITY! THE PROTECTOR NOT WILL REST UNTIL ITS TASK IS COMPLETE. ONLY THE MASTER OF THE FOREST COULD CHANGE THIS COURSE NOW, BUT IT IS DYING IN THE DEEP EARTH. NOW GO. I HUNGER.

The tree-spirit places a rough hand over its tree trunk and steps into the wood as if it was water. Write wonders what she's supposed to do now. Casting around, she sees nothing but vast expanses of dust and dirt, and far, far away, a tiny point of light floating just above the horizon.

Write will blink and mutter thanks to the tree spirit before sighing and getting the hell out of there before the 'I HUNGER' becomes a problem for her. Her targeting being the floating light.

During the walk she'll talk with her diminutive companion to learn more about him.

((Nope, just REALLY slow. Sorry. The graphic updates take ages to pull together and it's just been a case of not having the time lately. We'll keep going, but I'm not going to promise regularity :S))
Games I'm running:
The Wandering Archipelago (D&D 5e)
Top 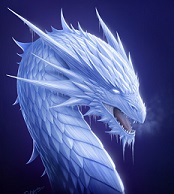 "You done here Silver? Come help me move this ladder downwards I could use some assistance in case the plants get me. Plus we may need to consider rushing back outside to the others,somethings coming..."
► Show Spoiler
Forges for food (3gp)- The Goblin Adventuring league
Pushes Buttons The Island
Rudolph Sundered Way
Anger is fleeting, Remorse eternal...
- Karn, Silver golem
Top

Silver complies, climbs up and grabs her ladder to meet up woth patdragon (i forgot what char sorry)
My deviant art. I am posting more monstrosities!
Top

Depending on what Shackled and Treasure and the birds do Kin will either go outside and help her fellow goblins fight the birds (if they stay and fight) or pass the mushrooms carefully (using a board, if available) and hide under the treasure chest (the one with the sticky goop on top of it), waiting to see if the birds come inside.

► Show Spoiler
I think the birds would have a serious disadvantage if they had to fight IN the caves. We should try to do our battle there, rather than outside. But I don't want to leave the three goblins who are outside hanging, especially not Write...

The winds of change are blowing, and if I may say so myself: it's about bloody time!

► Show Spoiler
I think Write is protected by some sort of special shield. At least she was when someone tried to move her. That being said she can probably delay waking up from the dream if there is danger right there.
Top

"Darn it... Why can't every one not just be here!" Treasures say, mostly to himself.
Seeing the big birds, and even more the big bad evil bird, he dodges just inside the cave, yelling to Kin "You got any suggestions Kin?"... Kin?!.., he says as he sees her continue deeper in he will follow her.

► Show Spoiler
this is based on gathers saying Kin would go in and hide if treasures and shackled did, so I kind of rolled with that. If we do NOT go deeper into the cave, Treasures will stay just inside the cave
-Best regards LAYF
Top

Oh right, Shackled will reluctantly flee into the cave, saying his goodbyes to the sun and run away with the others, hoping writes will be okay.


I bet this turns out to be some weak creature with the only thing going on for them is a fear aura....