As for "The Truth," the truth is that she's a woman and always has been. What you're trying to preserve is the lie.

Everyone else: Let's get back on topic, please.
Mostly offline/inactive due to chronic health issues. PM me if you really need attention.

I have had plenty of nicknames I have gone by in my life, but the name on my driver's license is what it is...
Top 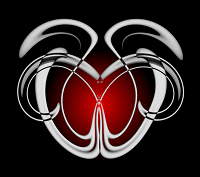 Also, she don't have adventurer levels. She'll not level up in a dungeon.

See, I didn't even think of it being a trick to have her go after fake wings, because she mostly wants the wings to fulfil a prophecy that puts her in a position of leadership, so being entirely symbolic in nature is fine as long as they're sufficiently impressive. Figured that if anything, the group would need to actively avoid leaving her with the impression that Complains was a rival to her as a potential uniter of clans.

Though also, if Complains did want to fulfil the prophecy himself, and needed to actually be aloft to fulfill it, he could borrow the lefitating mustache to technically have wings while suspended in the air.
Top

It has been years since anyone even mentioned another clan. More so since anyone talked about uniting anything. Complains never had any ambition to do so. A unification would be completely out of left field at this point.

If anyone is to rise to a position of leadership, it's Grem.
You won't sleep when you're dead either.
Top

Yeah, it''s It's been years for us, though not for them, aside from the souls trapped Kore. Just figure it's a potential direction things could eventually go in if the comic doesn't immediately end after the trip to Hell. More like an interesting thought that I'd put at about a 40% chance of playing out than an actual prediction.

And Grem doing the actual governing does make sense, that would free up the group to continue adventuring once the treaties are signed.
Top
Post Reply
55 posts