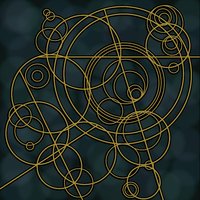 This morning, I opened up the Goblins website, to get a report from Norton (yeah I know Norton is awful - a temporary installation was free with this computer, and uninstalling it is a pain, so just running out the clock on it.) that it had blocked a "Web Attack: Exploit Toolkit 4". I reopened the page another couple of times to verify it was Goblins and not something else causing the alerts.


"Network traffic from <b>ads.thehiveworks.com/delivery/spc.php?zones=181|182|185&source=&r=66656685&charset=UTF-8&loc=http://www.goblinscomic.org/ad3.html&re ... ic.org/</b> matches the signature of a known attack. The attack was resulted from \DEVICE\HARDDISKVOLUME4\PROGRAM FILES\MOZILLA FIREFOX\FIREFOX.EXE."

Hopefully, if the site or ads are an issue, it can be resolved before someone actually does get a virus/malware from it?
Top 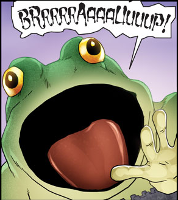 Chrome gives me the same warning.
So do my antivirus programs (Avast and Ad Aware)
So stay away from the comic, boys and girls.
Top

There was an attack on the Ad Network this morning and the connected sites got flagged including Goblins. No actual malware was being distributed though and the problem has been solved.
The flag takes a while to get retracted, but it is safe again to visit the site.

Thanks for your keen eyes!

Side note: my FFox settings also locked me out of this site....
A few days without, but since we still don't have ads on the forum, I can still get my fix... :)

It was connected to the ad site, not Goblins. It should be all cleared up now.
"This is my therapy dragon, she's for my panic attacks. I attack, everyone panics." (Quote found on http://outofcontextdnd.tumblr.com/)

Thank you Wolfie, sorry for the confusion, it's just always bothered me not knowing. It hasn't happened in a bit now.
Yay Dragon eggs!

When visiting a site, and you get such a warning, don't shut down your anti-virus software!
It may always be that a site got hacked.
As was the case with Goblinscomic back then.
(Nice necro, btw).

If you get a warning, react accordingly by avoiding the danger, not by shutting down the warning system.
When your fire alarm goes off, I expect you to either leave the building, or if you see no indication of a fire, go and check for smoke,....
I don't expect you to take out the batteries of the fire sensors.
Goblinscomic transcriptions
Collection of G:AR cards
Top
Post Reply
9 posts • Page 1 of 1