I have a bunch of old paperbacks taking up valuable book shelf space. I have at least a dozen by Mercedes Lackey, and I have been trying to read them. My question is this. I read By the Sword (Kerowyn's Tale) years ago when I first got these books, and I didn't care for it. Then I read one of those elves in race cars books, and hated it so much I couldn't finish it. Now I'm trying to read The Robin & the Kestrel. I'm a few chapters into it, and I've been finding it so boring that I keep making excuses not to read more of it. Should I just give up on Lackey altogether at this point?

If you're not enjoying it, is someone telling you they personally think it's worth reading going to influence your opinion?

I'd give them to a charity store if you're really struggling to read them, no matter who they're by. Reading is meant to be enjoyable!
Top

I'd say no. But I'd certainly give up on any particular book you are not liking. This bibliography, which seems incomplete to me, may help you narrow down things to try without giving too much away. http://en.wikipedia.org/wiki/Mercedes_L ... bliography A few of her books are avilable from Baen for free, and some of those were fair to good, though not rising to great. Consider trying some of the free ones so you don't feel bad about dropping it quick.
I survived the forum move 4 times... yeah, I feel old.
Top 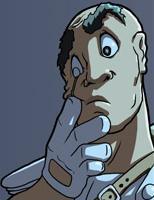 I've always been surprised by how some of her books are well-written, and some are atrocious. I agree that if you don't like it, don't read it - I can't think of a book I started reading which was shitty, where I thought "maybe it'll get better" and then it actually did. Boring* books are usually boring all the way through.

OK, thanks, guys. I wasn't sure if I'd just happened across some particularly bad books of hers, or whether it was a representative sample.

RocketScientist wrote:OK, thanks, guys. I wasn't sure if I'd just happened across some particularly bad books of hers, or whether it was a representative sample.

Really late to this thread, but...

I haven't read the non-Valdemar books she's written (or some of the Valdemar books), but I consider Kerowyn's Tale to be one of the worst of the Valdemar books. If you want to see if you like Lackey AT ALL - her best work (imo) is The Last Herald-Mage series, about the life of the last Mage in the service of Valdemar for several centuries. The first book starts out kind of slow as a "fish out of water" type book - foppish son of a military man disappoints his father and is sent to the capital as a temporary measure before he can be condemned to the priesthood - but it gets good fairly quickly after he reaches Haven (the capital of Valdemar) and meets his soulmate, who is studying to be a mage.

One thing to remember is that Lackey writes a great deal about trauma. Kerowyn's Tale is probably one of the softer books, in that very few "very bad things" happen to the main character. Things fairly featured in her books include child abuse (mostly verbal and physical, with some characters having child rape as backstory), death(s) of loved ones, accidental murders, rapes (gang and not, of both sexes), and other things that form "trauma conga lines". At the same time, she writes fantastic love stories about some characters. So if you DO find you like the book, expect to have your heart ripped out repeatedly.

Edit: And if you DO decide to get rid of them, I'm missing several from my collection. 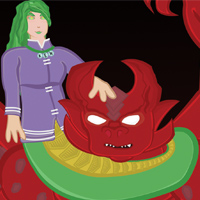 Before giving up on her try the Gryphon series. <3

Resurrecting this thread because I really enjoyed the first couple books in the Bedlam's Bard series that Mercedes Lackey wrote with Ellen Guon - namely 'Knight of Ghosts and Shadows' and 'Summoned to Tourney'. It's a fun take on magic, music, and elves in modern California and well worth checking out.
Top

Seconded @ Gryphons series, mostly for the first one.
Exile's Honor was also pretty good.
But for a complete change of pace, try her Five Hundred Kingdoms fairy tale parodies. The Fairy Godmother is the first book and a very good intro to the world. The Sleeping Beauty has me laughing to the point of tears even when rereading. 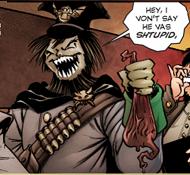 her Valdemar books are a lot better...I'd have to say that yeah, you picked some stinkers to start with.
There are worlds out there where the sky is burning...where the seas sleep and the rivers dream. People made of smoke, and cities made of song. Somewhere there's danger. Somewhere there's injustice. Somewhere else, the tea is getting Cold. C'mon Ace, we've got work to do! - The Doctor (Sylvester McCoy, last line in the old series)