Our Most Beloved Books

Our Most Beloved Books

I just thought of a thread to throw in here and maybe put some spark into the community.


What are some of your NEEDED books? What books would it crush you to not have on your shelves?

I for one, have two copies of The Wind in the Willows. It's not the only book that I really feel like I need to have on my bookshelves.. but it's the one I've bought twice, and both times for aesthetic purposes.

One copy is a rather pretty turquoise hardcover. The other is a large hardcover that I bought because the illustrations are larger and beautiful.
Felicia Faustus in Shipwrecked!
Top

My 50th Anniversary edition of the Hobbit. It was given to me by one of my favorite high school teachers. Also my book of Tennyson's poetry, I love that little thing.
"Meddle not in the affairs of dragons, for you are crunchy and good with ketchup." - anonymous
Top 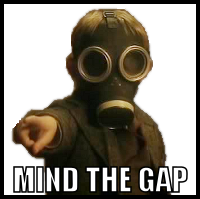 I've never read The Wind in the Willows.

I'd have to say Lord of the Rings + Hobbit, and the Honor Harrington series. I'd add in the Prydain Chronicles too. Maybe the first three A Song of Ice and Fire books.

Those are the books that would serve me well on a desert island.
Top

Aiee! How can I cut the list down? I have over 2000 books, something like 600 of them because they were not in the NY Public Library system. I am still slowly sorting them into the Dewey system.

Njal's Saga (Magnus Magnusson, Hermann Palsson translation) I used to keep a half-dozen copies just to give to anyone who might be interested. Deadpan delivery of great lines, such as a mother-in-law remarking, "Before you came, housewives hereabouts resolved their differences without resorting to homicide." If this leaves you wanting more, follow up with the omnibus Sagas of the Icelanders. They are all stories of the settlement period (c. 960 - 1050 AD), written during the 14th century. If anybody discovers which story begins with two brothers departing for an open competition for the position of court poet for the King of Norway, and it is mentioned in passing that the incumbent is "Yngvi the Plagiarist", please remind me.

Shardik by Richard Adams. Fantasy. Unlike Watership Down, I want to reread this one every few years.

The entire Aubrey and Maturin series by Patrick O'Brian.

The Star Fox by Poul Anderson. I think it is the greatest space opera ever written, but I am a small minority. The space combats mostly take place offstage.

A Planet in Arms by Donald Barr. AFAIK he wrote two SF books, and the other one was pretty good too.

Anything written by Lois McMaster Bujold before 2004. Don't know what happened to her after that.

The Purple Pirate by Talbot Mundy. The best book of an historical fantasy series that was never finished. Don't buy the Leonaur edition - the editors mangled it!

Yes, LoTR is on my list, and it is about time to read it again.
"O Heracles! The valor of man is vanquished!"
- Archidamus son of Agesilaus, King of Sparta, when @ 350 B.C. he first saw a catapult shot
Top

LotR, Wheel of Time, and a big pile of Stephen King. Oh, and some Gaiman would be nice, too.

"O Heracles! The valor of man is vanquished!"
- Archidamus son of Agesilaus, King of Sparta, when @ 350 B.C. he first saw a catapult shot
Top

Wheel of time is amazing. I will always keep A Memory of Light on my bookshelf.
"Meddle not in the affairs of dragons, for you are crunchy and good with ketchup." - anonymous
Top

If my house caught fire and I could only save one, it would be Philip Pullman's 'His Dark Materials' trilogy.

If it wasn't burning too fast, I'd also grab the Earthsea Quartet and probably my illustrated LotR trilogy (because those were a gift mostly).
Games I'm running:
The Wandering Archipelago (D&D 5e)
Top

Ooh, I forgot about His Dark Materials. Yeah, I'd need that, too.

I've been wanting to reread that SO BADLY lately.... but it's in Ontario.

And I'm not buying a second set.

As it is I have two copies of Wind in the Willows, 2 or 3 sets of Shakespeare, 2 copies of Beowulf, 2 sets of the Chronicles of Narnia, and 2 or 3 Poe compilations, and probably 2 sets of Alice in Wonderland.

Obviously these were many times where I wanted and didn't have accessible so bought another. Goodness.

The books I would definitely want to make sure I never lost:

-Wind in the Willows
-Narnia
- my copy of the Canterbury Tales as it's brilliant and huge and expensive (and the only book I ever wrote in for clarifications... it was painful! But useful for the course)
- the Walter Moers books I've bought within the past year.
- Calvin and Hobbes
- Spider Robinson

That would be my last-resort copies I'd take, somewhat due to the difficulty I had in obtaining them, and somewhat for purely sentimental reasons.

Of course, my list could go on and on and on!
Felicia Faustus in Shipwrecked!
Top

Ah no! I would have forgotten all my Calvin and Hobbeses!!! Sod the fire, I'm going back in!
Games I'm running:
The Wandering Archipelago (D&D 5e)
Top

thinkslogically wrote:Ah no! I would have forgotten all my Calvin and Hobbeses!!! Sod the fire, I'm going back in!

That's the spirit! Or you could place your book shelf in a location that is easy to get to in case of a fire.
"Meddle not in the affairs of dragons, for you are crunchy and good with ketchup." - anonymous
Top

Actually, I'm just in process of selling unwanted books. The secondhand bookshop staff must know my by heart now, since I can't seem to part with all of books at once and so, I visit them every week with new bunch

I am not crazy fan of comic books, but I will never part with these with I have (Thorgal series, Trolls of Troy and many others, mostly 1 issue ones) AND I won't ever part with my fathers collection of s-f hmmmm.. novellas? they are rarely over 100 pages long. And they are OLD, and propably out of print now (seeing as they aren't the best literature on earth).
Also: Harry Potter books, LoTR, and some books on plants (edibility, spices, cosmetic properties) and my textbooks that survived uni.
Please keep in mind any health advice should be taken with a grain of salt. I'm not 'very' experienced (yet 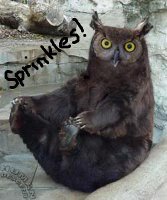 There are plenty more, but these 5 are definitely books that I reread more than any others.
Games:
► Show Spoiler
Quickdeath as Distracted by Shiny Objects
Minesweepers as See Four
Festival of Fools as Kent
The Splitleaf Clan Brims-with-Energy
Top

I'd go back for my Anne McCaffrey collection. All of it.

Then I go back and get Tolkein and Butcher
"This is my therapy dragon, she's for my panic attacks. I attack, everyone panics." (Quote found on http://outofcontextdnd.tumblr.com/)

I guess I'll be the contrarian. Though I love books, the ones I've read are already IN me. I can buy them again if needed. If there is a fire, I'm getting myself, others, and maybe important papers out, in that order. If I'm on a deserted island, well it would be nice to have Swiss Family Robinson with me, but I'm probably going to be worried about fire, water, food, weapons, shelter, etc most of the time instead of reading whilst sipping on a pina colada. The chance of me needing a book due to boredom, not survival, and not being able to get it is low.
I survived the forum move 4 times... yeah, I feel old.
Top

Well if we're in a fire scenario, I'm not saving any books. Been there. Done that. Once the kids & I are safe, the next priority is the cats. Anything else is replaceable.

In fairness, I wouldn't really go back for books in a house fire, I'm aware that would be beyond stupid! It was just a joke and was totally not meant to derail the thread into a books vs survival chat!

Yeah... most books are easy enough to replace. Some others... not always as easy. My saves would be my purse (because it has all my important info), my cat, and then my laptop/camera as they're expensive.

But books on my shelves? I have a bunch I'd not want to lose.
Felicia Faustus in Shipwrecked!
Top 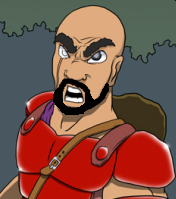 Definitely LotR, the Witcher Saga, Discworld, G.R.R.M, "Mythology" by Parandowski (Polish writer, essayist, and translator, his works concerning the classical period are just priceless)
"If I claim to be a wise man, it surely means that I don't know"
Top

You want a challenging read? Right up there with the Silmarrillion but 3 times as long, try Romance of the 3 Kingdoms. If you've ever played the video game Dynasty Warriors, that's the romantic epic it's based on. I swear every single person has 1 bagillion different names, but once you're through it you get a very interesting picture of historical China.
Games:
► Show Spoiler
Quickdeath as Distracted by Shiny Objects
Minesweepers as See Four
Festival of Fools as Kent
The Splitleaf Clan Brims-with-Energy
Top 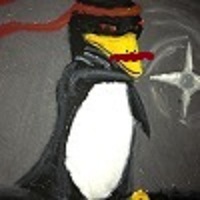 There are a lot of books that I loved to read, but only a few that I keep rereading. So far those are...

1. The Ancient One by T. A. Barron
2. The Screwtape Letters by C. S. Lewis
3. Drums, Girls, and Dangerous Pie by Jordan Sonnenblick

So far I have reread these books several times each, and loved them each time.
Thanks to Arch Lich Burns for the avatar, and Mnementh for the mustache.

Ok, I've thought of some books I'd really like to keep. All of the Calvin and Hobbes books. And I have all but the one with lots of Waterson's commentary, with the comics repeating from the other books.
I survived the forum move 4 times... yeah, I feel old.
Top

For the longest time my favourite books where the Sword of Truth series by Terry Goodkind.
He eventually caved in and let a tv mini series be produced based on his books, but for anyone who's read them, the show "The legend of the seeker" munches monkey nuts

I love the Warlock books by Wilbur Smith and all the Discworld books by Terry Pratchet.
Of these, I've had the Goodkind books the longest and although several of them are so battered from being read over and over, enough to have pages missing, they have enough sentimental value that I've kept them over the years, even when I went and got new copies